The joy of jumping

It is said that when he was designing the first Mario game, the master Miyamoto had a screen full of plain square sprites and tested making one of them jump onto the others with what was to be the NES gamepad. He kept playing with the prototype until just the action of pressing the button and watching the squares jump, was itself fun, quite apart from any other aspect of the game. 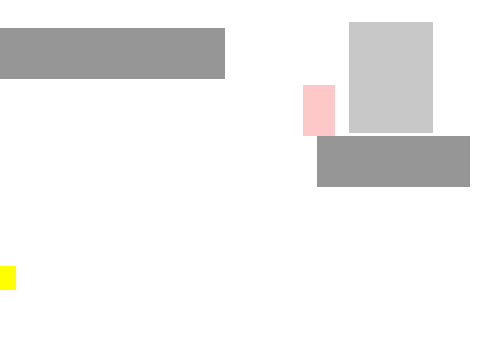 This story might not actually be true, but it's in this spirit that I made a prototype for a platform game that I've been working on in my spare time. There are binaries for Linux, Windows, and Mac on PodSix Video Games, so check it out.

The point of this prototype was to try and prove the hypothesis that it is possible to have a platform game that is fun to play just by virtue of the jumping, collecting, and exploring mechanics with no shooting or killing, no puzzles, and no bad guys. Of course, I already knew this to be true from games like Nifflas' Knytt, but I also wanted to see if I could make it fun to jump around, collect things, and explore, without any additional game mechanics like Nifflas' climbing, and without nice fancy graphics or sounds. So what this resulted in was the most stripped back, minimalist form of a platform game that I could come up with. That said, I couldn't resist adding a few 8 bit style sound effects generated by sfxr just to enhance the experience a little bit. I hope that despite it's minimalism, it's still fun to play.

My other aim with this is to 'release early, and release often' which is a popular tenet of the free and open source software movements. It means that you get your releases out as early as possible so people can start testing them and finding bugs. So to that end, I'd love to hear your opinion on this prototype if you play it. If I make any progress on this game in the future, I'm going to try and make a release like this at each little milestone. Hopefully I'll get time to work on it quite often, and the full picture will come together over the next few months [but probably not, as things always take much longer to code than you think they will].

If you're interested in tinkering with the prototype, the levels are SVG graphics that were created in inkscape and had meta data such as portal destination and item name added with the 'Edit -> XML Editor...' menu option (ctrl-shift-X). So feel free to load them up, edit them, have a play around.

With this very basic, generic platformer code written it should be easier for me to create platformers from now on, and specifically the larger game project that I have in mind.