How To Make Hy-lang More User-Friendly

Hy(lang) is a LISP-family programming language built on top of Python. You get the rich Python language & library ecosystem, with a LISP syntax and many of the language conveniences of Clojure, such as reader macros for easy access to built in data types. What's not to love? 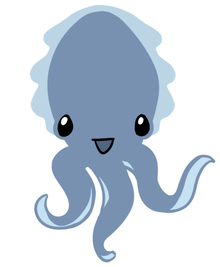 I recently found out I have the most GitHub stars for projects written in Hy of any developer worldwide. With this admittedly ridiculous credential in hand I'd like to offer some opinions on the language.

I really like Hy a lot. I prefer writing code in Hy to writing code in Python, and I am writing this post because I want to see Hy do well. I originally wrote this as a list of things in Hy that could possibly be improved, from the perspective of an end user such as myself. Then my friend Crispin sent me this fantastic video by Adam Harvey: "What PHP learned from Python" and I realised that all of the issues I have with Hy stem from the same basic problem that Adam talks about.

Here is the crux of the problem: I've written a bunch of software in Hy over the past few years and often when I moved to a newer point-release of the language all my old code breaks. My hard drive is littered with projects which only run under a specific sub-version of Hy.

gilch[m] It might depend on the Hy version you're using.

I understand that the maintainers of the language, who are hard-working people doing a public service for which I'm deeply grateful, are concerned with making the language pure and clean and good. I understand that languages have to change to get better and they need to "move fast and break things" sometimes. That's all fine and good.

However, I think Adam Harvey's point stands. If you want users to use and love your language:

I think if you can maintain backwards compatability you should.

Almost all of the breakages I've experienced between Hy versions could have been avoided with aliasing and documentation. Not doing this backwards compatibility work basically tells your users "don't build things with this language, we don't care about you." I know that is almost certainly not the attitude of the maintainers (who are lovely, helpful people in my experience) but it is the way it comes across as an end user.

Here is a list of things which have changed between versions which blew up my Hy codebases each time I upgraded Hy:

Having your old code break each time you use a new version is frustrating. It makes it hard to justify using the language for new projects because the maintainance burden will be hy-er (sorry heh).

Some other minor nits I should mention which I think would vastly improve the language:

It is much easier to provide criticism than it is to write working code. I am sorry this is a blog post instead of a pull request, and I hope this criticism is seen as constructive. I want to thank everybody who has worked on hy. I am a huge fan of the language. It is an amazing piece of software and I am very grateful for your work.