It's been a while since I posted an update. So this is it! The tl;dr is I'm working on a sound effects generator micro-SaaS and I am nearly ready for launch. 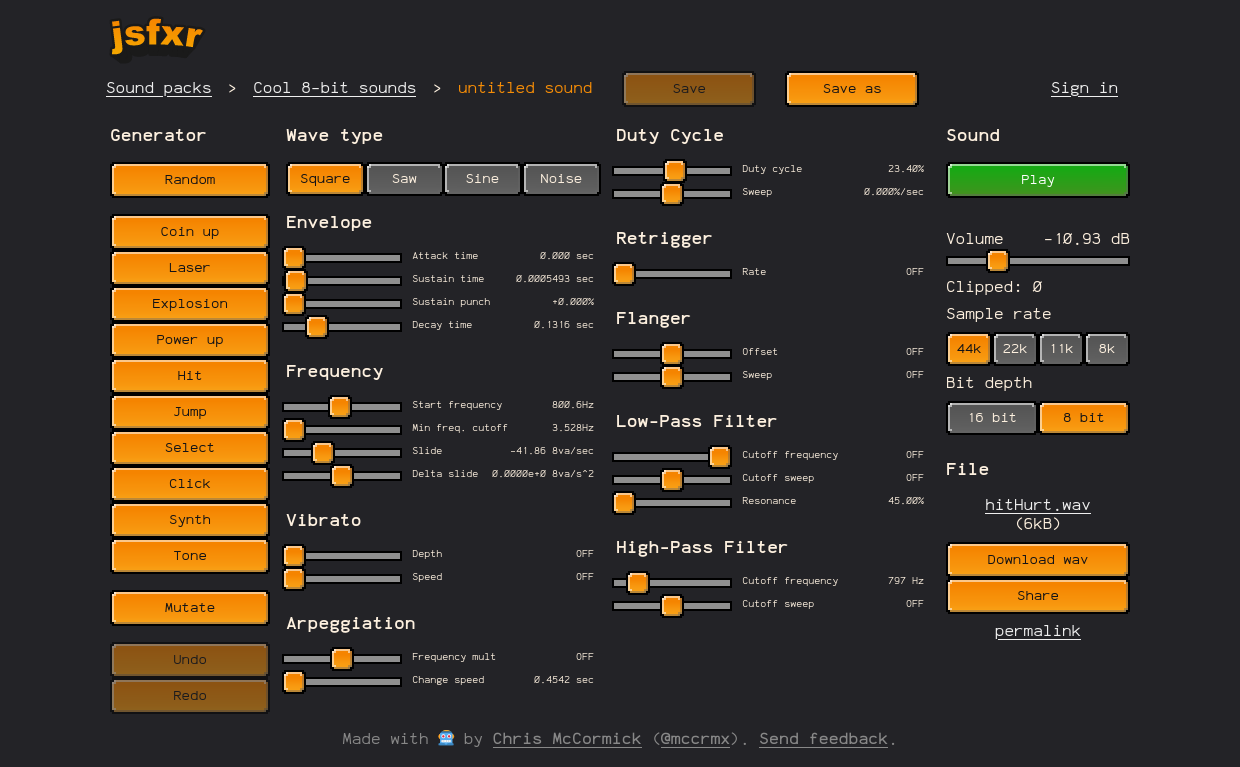 In February this year I was working on the iOS port of one of my music apps when I decided to pivot. Safari iOS bugs were taking a lot of time and really dragging me down. I decided to focus back on pure web based music applications. I love the web and I love making web audio apps.

I decided to convert one of my online web audio apps to a subscription micro-SaaS business. To do this I had to build a bunch of infrastructure. I was tinkering with server side ClojureScript and my new web framework, Sitefox (here is an interview I did about Sitefox on the ClojureStream podcast: https://player.fm/series/clojurestream-podcast-2504492/e75-sitefox-with-chris-mccormic).

I really wanted to build everything on top of this highly productive stack. So I made a plan:

I've been carrying out this plan since February. I've added authentication to Sitefox and I've also made a Stripe integration library. Now I am in the process of doing #3 - converting an existing web app into a micro-SaaS app.

The app I have chosen to convert is a sound effects generator called Jsfxr. This is a wonderful little piece of software written by Eric Fredricksen. I started contributing to, and eventually maintaining this public domain codebase some years ago. At one point I put it up online under the domain sfxr.me. Some years later I checked the stats of the site and it was getting more than ten thousand hits per month. Wow!

Software developers generally hate marketing. We just love to build stuff. But it's difficult to get people to use the thing you have built, without resorting to all kinds of unpleasant shenanigans like telling people about what you built, and communicating with other human beings.

So discovering my existing site already had traffic was exciting. All I have to do is build something that the visitors might want. So that's what I've been doing - I've been working hard on a Pro version of Jsfxr. It's going super well. It has been really fun to work on this codebase using an all-ClojureScript stack, and I am just about ready for launch.

Thanks for tuning in!